The narrative must be defended no matter what

Start the week on a positive (kind of note)

If you have a subscription to the Oz, make sure you read this about Jeremy Clarkson’s new life as a farmer – Jeremy Clarkson opens the gate to Diddly Squat, his Cotswolds farm.

Maybe it’s because he looks on Lenin like a quitter that Kim Carr doesn’t understand the danger of China, but this stinks:

Sponsor a child? You’re a racist!

If you thought sponsoring a child meant you were trying to share your good fortune with the less fortunate (you know, because you weren’t born in the poop hole and you have enough money to hold others), then you’re wrong! You’re a racist!

International child sponsorship schemes have come under attack for perpetuating racist thinking, as an apology by a charity to thousands of children in Sri Lanka has sparked a debate over the money-raising schemes.

Plan International last week admitted it had made “mistakes” over its exit from Sri Lanka in 2020, following criticism from donors and former employees that it had failed 20,000 vulnerable children in the country.

It apologised to sponsored children as well as to communities and partners, some of whom, they admitted, felt it left “abruptly” and without sufficient communication.

The controversy has reignited debate over international child sponsorship schemes and whether, amid growing calls to decolonise aid, the benefits they offer can outweigh the north-south power relations they re-enforce.

Where else could it come from but The Guardian?

WATCH: North Face refused to make jackets for an oil and gas company.

So the fossil fuel industry is fighting back with a new campaign “thanking” North Face for using so much petroleum in their products.

It’s official: women have no superpowers

This is now a real thing. ‘Birthing people’ is no longer just a woke joke, it’s in official US Government documents:.

From the Washington Free Beacon:

President Joe Biden embraced the woke terminology favored by radical left-wing activists in his 2022 budget proposal, which refers to mothers as “birthing people.”

“When we talk about birthing people, we’re being inclusive. It’s that simple,” NARAL Pro-Choice America tweeted from its official account. “We use gender neutral language when talking about pregnancy, because it’s not just cis-gender women that can get pregnant and give birth. Reproductive freedom is for *every* body.”

The same activists attacked Bush’s critics for suggesting “birthing people” was a ridiculous way to describe mothers. Snopes.com, the left-wing fact-checking website, published a strong rebuttal to a handful of joking statements about Democrats wanting to change “Mother’s Day” to “Birthing People’s Day.”

Did the media get anything about Trump right?

Remember how you were told Trump used troops to clear a park so he could have a photo-op?

You probably remember the pic (not as orange as usual, just saying): 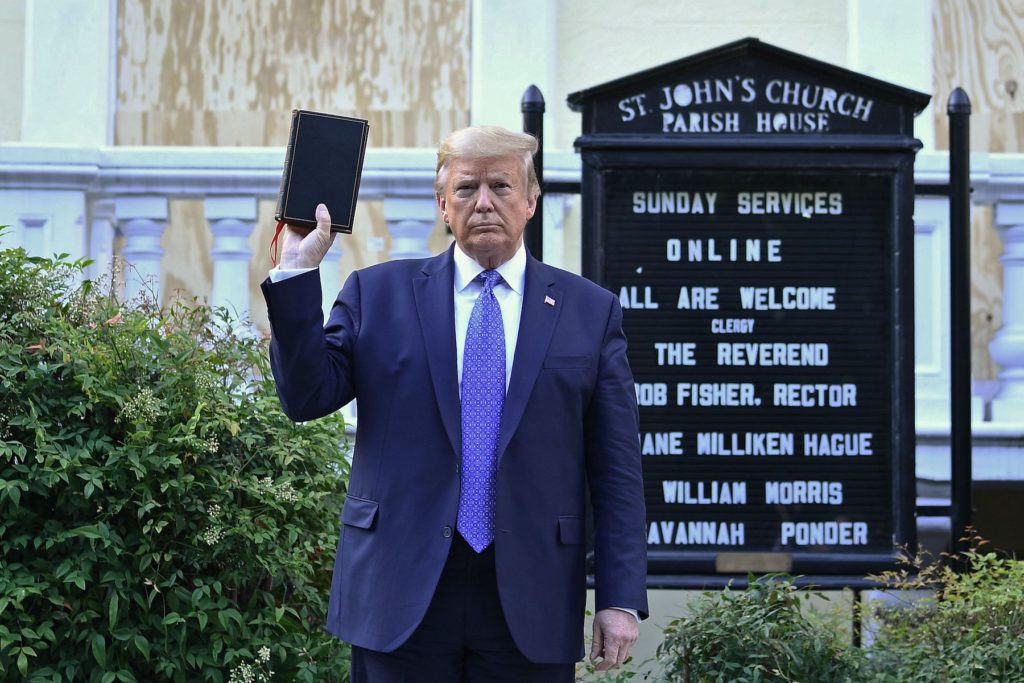 The leftist media lost their poop over it. Including this bloke, who tweeted from his basement:

For our children, for the very soul of our country, we must defeat him. But I mean it when I say this: we can only do it together. https://t.co/G1yE67q9Nz

But, it turns out, untrue (cue shocked face).

How do we know? Because it was investigated:

According to ABC (US) News:

U.S. Park Police did not clear Lafayette Park and the nearby area of protesters on June 1, 2020, so President Donald Trump could walk from the White House over to St. John’s Church, but learned of his interest in surveying the site hours after they already had begun planning to clear the area to put up new fencing, according to a new watchdog report.

Later in the report:

Interior Department Inspector General Mark Greenblatt, nominated by Trump, called the events of June 1 “a particularly tumultuous event in a tumultuous time” and said their review looked at why U.S. Park Police decided to clear Lafayette Square when and in the manner they did, and whether the president’s plans to come out of the White House influenced those decisions. The review ultimately found park police had been planning to clear the area for days to install anti-scale fencing and that the decisions on the ground were not changed because of the president or White House’s plans.

When conservatives say the election wasn’t “fair”, this is what they’re talking about.

The media hooks into a narrative and doesn’t let go. Because it suits them. And they are liars.

Of course, it was repeated by the ABC’s Paul Barry (watch from 1’30”). He’s the host of Media Watch. He thinks he’s a watchdog. And he is. When it comes to conservative media.

Seriously, folks, if you trust the media, you get what you deserve.

David Murtagh is a Sydney-born Canberra journalist. For almost 20 years he worked in the Australian Public Service as a speechwriter and policy officer. He wrote speeches for Ian Macfarlane, Martin Ferguson, Gary Gray and others. As a policy officer he specialised in resources and energy portfolios; in particular, Australia's relationship with China. He also wrote papers at Agriculture focussing on increasing exports to China, India, Japan, Taiwan and Thailand. He holds a Masters in Public Policy and a Masters in National Security, both from ANU. When writing, David does not use the first-person singular.

The tactics and future of the Extinction Rebellion doomsday cult

The recession we have to have